The radial scar of the breast is not actually a scar, but a benign proliferative lesion with radially arranged ducts, sclerosis and central fibroelastosis. When more than 10 mm is called complex sclerosing lesion, and the common name for both entities is radial sclerosing lesion. It most commonly occurs at the age of 40 to 60 years. It is radiologically important, because it is often found in skeletal carcinoma in mammography and ultrasound, so these two diagnoses can not be reliably separated by these methods. Although histological benign lesion is clinically significant because it is associated with malignancy or atypical ductal hyperplasia in a certain percentage of cases. Carcinomas are often found on the periphery of the radial scar, which makes the tissue sample taken by biopsy from the lesion center may be negative. Therefore, excision is recommended for all cases of radial scar.

The radial scar gives no symptoms, most often it is not palpable nor does it retract the skin.

Mammographically it manifests as asymmetry, distortion or speculated shadow. Radial scar is characterized by long, thin spicules, without clearly defined central mass, often with central illumination – if on a dense background it is described as a “black star”. However, illumination within the radial scar does not rule out malignancy. It is often seen in only one projection or looks different in different projections. Sometimes it also has microcalcifications, most often punctiform or amorphous.

Ultrasound can manifest as distortion without clearly separated mass, heterogeneous echostructure with tiny hypoechogenic nodulation in the periphery, or as irregular hypoechogenic mass with or without posterior attenuation; if associated with malignancy, it may be more pronounced on ultrasound1). 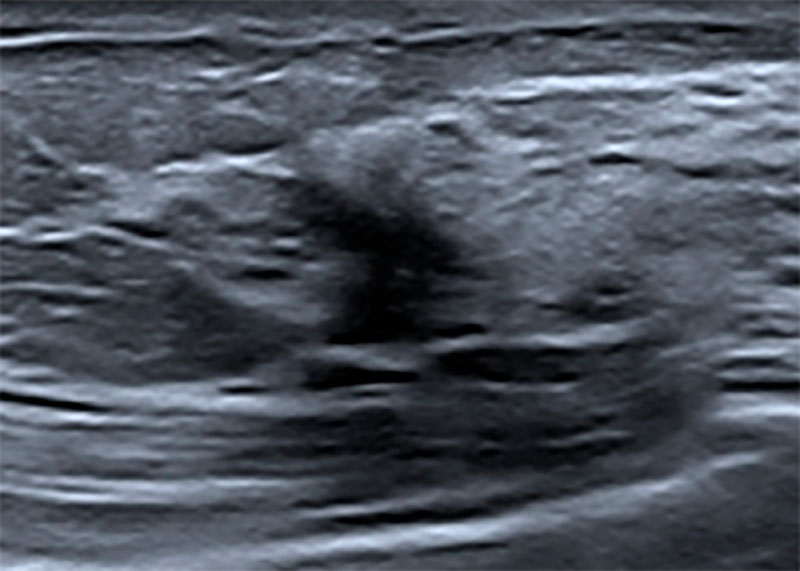 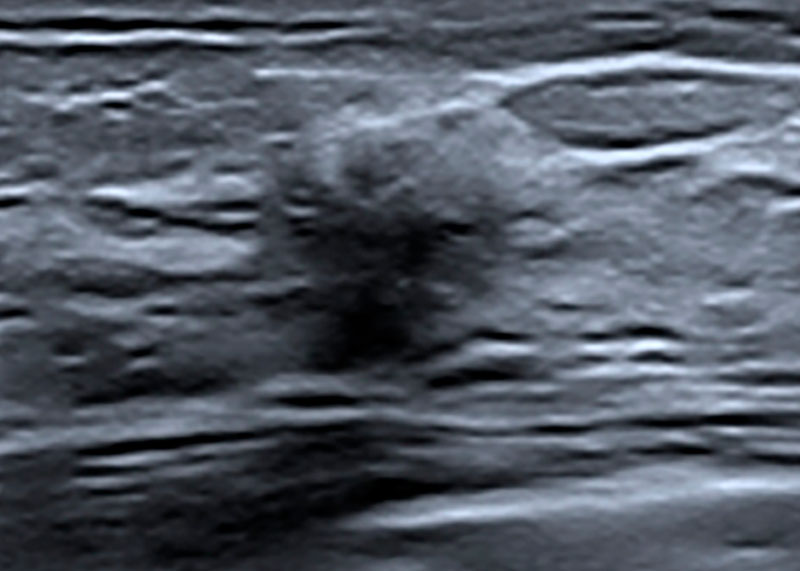 Irregular hypoechogenic lesion of indistinct edges, about 11 mm in size, with distortion of surrounding tissue, without clearly formed mass, without pronounced posterior phenomena and without vascular signals. 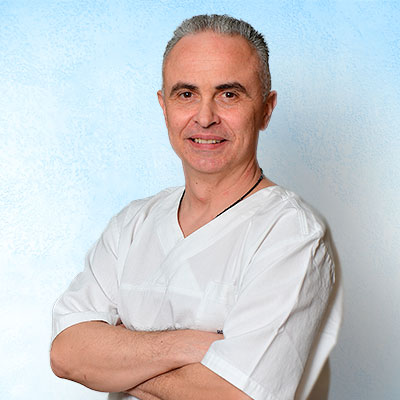